QROPS: Decisions to be Made for Expats 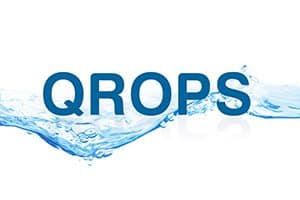 As the dust settles in Britain following the UK pension reforms – and the subsequent consultations – expats with pensions from the public sector are left with a very important decision: To QROPS, or to stay put forever?

A QROPS is essentially an overseas pension scheme much the same as can be found in the UK. Many of the providers in the UK also supply overseas schemes too. The differences come with the tax efficiency offered by many jurisdictions in comparison with the UK, the death benefits, the potential for greater investment choice and returns, and perhaps most importantly, stability.

It is no secret that the UK pension market is in huge deficit. At last count it was over a billion pounds, and it would seem that finding a way back into the purple -for whichever Government may take hold next Spring – would be an exercise in futility, and now that public sector defined benefit schemes are set to be banned from transfer as of April, expatriates have under nine months to start to think about how happy they are leaving their pension in a mire of uncertainty.

Not only are benefits facing a gradual reduction, the age at which they can be taken is set to be extended. Although current plans stagger the age increase very gradually over the next 25 years, the best laid Government plans often change without much in the way of notice. Many have already taken their pension away, the uncertainty of exactly what element of control over their savings will be removed next, becoming perhaps too much.

Although transferring away from the UK is not the right option for everyone, the numbers work out favourably in the majority of cases. Much does of course depend upon retirement plans and the size of the fund in question. It is advisable to consult with a fully qualified professional on this issue, as there are many stipulations and considerations to be taken before committing to the transfer.

10,000 British expats complete the transfer each year, and in light of the restrictions due in April 2015, providers are reporting a huge spike in interest over the last few months. The majority of enquiries are coming from former NHS staff, Civil Servants, Military Personnel and Teachers – keen to make sure their retirement is secure before the door entitled “options” is closed forever.