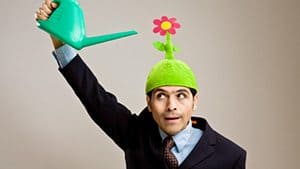 Over the last few years there has been tremendous growth in the Qualifying Recognised Overseas Pension Schemes (QROPS) market.

On the whole, the market shows no sign of slowing, as increasing numbers of pensioners and workers decide to retire overseas.

The aging of the baby boomer generation is predicted to fuel QROPS popularity even further as more pensioners decide to retire overseas.

Lastly, increased awareness has been heralded as one of the biggest game-changers in the QROPS industry, with increasing numbers of pensioners and workers becoming aware of the advantages offered to expatriate UK pension holders.

QROPS are usually formed in jurisdictions with either favourable tax rules, or a high propensity of UK expats.

When HM Revenue & Customs (HMRC) introduced changes to QROPS legislation in early 2012, the market witnessed a massive sea change, with Guernsey being uprooted by Malta as the leading offshore pension provision jurisdiction.

Since this date, the number of QROPS has swelled dramatically, reaching a new peak when the HMRC QROPS List was released in February.

Published early last month, the number of QROPS now stands at 3,276 – an increase of 12 schemes from the previous published list.

This means over the last half year the market has seen one new QROPS open for business each day across a total of 42 QROPS jurisdictions.

Year-on-year, the number of QROPS has risen by 391 from 2,885 in February 2013, despite the aforementioned drop in 2012 which saw schemes delisted in the Isle of Man, Guernsey, and New Zealand.

By QROPS numbers, the top two jurisdictions are Australia (with 1,304 schemes) and Ireland (743) – making 82% of the QROPS industry.

Yet advisors are showing a preference for smaller, yet equally respected financial hubs.

In a Skandia interview in 2013, 32% of advisors interviewed preferred writing QROPS in Isle of Man, 26% in Gibraltar, and 22% in Malta.

Malta in particular has grown from strength to strength after the legislation changes, and continues to make headway in the market. But how can you choose the right jurisdiction for your needs?

How to choose the right jurisdiction for your needs

Firstly, where you live will make a big impact on the ideal QROPs jurisdiction.

Each country’s laws vary – determining when you can take your benefits, how much you can take, and if you have any reporting requirements.

Because of the issues at stake, it is essential you take independent, regulated advice from a financial advisor.

An IFA can ‘marry up’ your country of residence to the ideal QROPS jurisdiction by looking at such factors as your specific pension needs, the size of your pension, who you plan to move to (or already live), and if you plan to move again in the future.

More Unrest in Brazil Ahead of World Cup