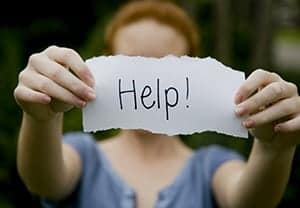 Former and current Civil Servants are facing up to an uncertain future as it appears that further amendments could be made to pension schemes. For those who have already left the sector to pursue a different path either at home or abroad, the chances are that before retirement is reached the age will be extended, and benefits could be further reduced. For those still paying into their pension, contributions will be increased.

It is hoped that these amendments will assist with the somewhat overwhelming task of trying to retrieve the deficit which the public sector currently sits in. However, the backlash could be even more cataclysmic as the threat of strike action remains a very real presence.

Current staff are already demonstrating a state of disquiet in relation to cut backs which have affected working environment conditions, but attacking retirement plans with the same cut-back mentality will be taken very seriously.

Former Civil Servants who now live abroad still have the opportunity to transfer their accrued pension into an overseas scheme, but this door is set to be closed in April 2015. Transferring a Civil Service Pensions to QROPS is possible, however, as part of the Budget 2014 announcements, all UK-based unfunded public sector pensions will no longer be allowed to transfer into an alternative scheme. This will come as quite a blow to anyone based in the UK planning to retire abroad, as their scheme will not only be locked into the uncertainty of seemingly endless legislative changes, austerity measures, and huge deficits but will also be exposed to the risk of currency fluctuations when they are able to draw their funds.

QROPS providers are reporting a huge lift in enquiries as a result of the most recent announcements. Many expats see the UK’s pension market as being too risky to keep their future invested in. It’s certainly difficult to argue against, and with the extra benefits a QROPS offers on top of the stability and deficit-free fund sadly absent in the UK right now, it’s unarguably well worth considering before the door closes for good.

A QROPS is not the right answer for every single person concerned about their retirement. Much depends on the level of the pension and the benefits it comes with, however an experienced advisor will be able to shed some light on the right way to go for those concerned that they are set to lose out by keeping their funds in the UK.