QROPS to Become a Thing of the Past for Police Pensions 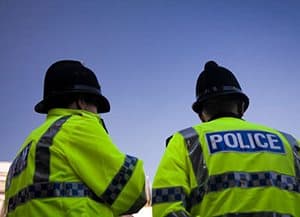 The ability for Police Service Pension holders to transfer their existing funds to a QROPS is set to be stopped for good from April 2015.

The restrictions on Police pensions also extend to every other area of the public sector as the Government look to try and stop money leaving the UK’s shores, thus leaving the already deficit-laden pension pot further depleted.

This measure will be of particular concern to the growing number of people looking to retire abroad. A QROPS transfer has always provided an excellent option for those no longer wishing to remain in the UK. Savers are able to be closer to their money, retire early, take a larger tax-free lump sum, and essentially see their retirement plan far more clearly.

The UK pension pot is in general disarray, there is every chance that benefits could be gradually reduced while the retirement age creeps up. With a multi-billion pound deficit to try to overcome, these course of action would appear to be the only options available to a Government which must be in panic mode behind closed doors.

Austerity measures are already affecting the Police and other areas of the Public Sector, as outsourcing of jobs for a smaller wage continues to become more popular. Now once all pensions are locked into the UK in April, they are left exposed to the continually shifting landscape represented by a creaking and outdated system which, for all intents and purposes, had been managed poorly. Deficits of billions don’t just happen overnight. This is decades of mis-management and poor decision making.

If ever there is a time to look at alternatives, it is now. There is too much uncertainty within the UK pension market to feel any kind of security in having your retirement invested there. However, if you plan to retire in the UK, that’s just the hand you’ve been dealt.

For anybody looking to retire in warmer, calmer climes, the option still remains to transdfer tehhir funds into a QROPS. With the clock ticking, QROPS providers have witnessed a huge level of enquiries coming through as a result of the upcoming lock-down. Because of the flexibility and beneficial taxation arrangements amongst other things, QROPS are good products for nearly every individual looking for a stable and mapped out retirement.