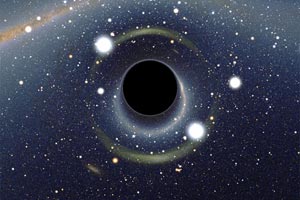 A study argues IFAs are unwilling to give QROPS advice because they do not understand the products.

Offshore financial planning is a knowledge black hole for many financial advisers selling some expats short over their pension options.

The recent RDR (Retail Distribution Review) changed the way IFAs delivered and charged for advice in the UK.

Many less well-off expats – with less than £100,000 to invest may not get the best advice because they cannot afford to go to the most experienced expat finance firms, according to a survey of advisors.

The firms that are left often do not know or are unwilling to give offshore financial advice despite guidance from regulators suggesting they should offer Qualifying Recognised Overseas Pension Scheme options to their customers.

The research also showed that onshore IFAs have a general lack of understanding about offshore finance and QROPS pensions in particular.

One reason is the broad base of knowledge that is needed to give tailored personal advice to an expat that not only involves investing their retirement savings, but understanding how tax, visas, social security and residency in another country will affect their finances.

The information comes from ‘Offshore Investing for UK Investors’, a report from research agency So Here’s The Plan in partnership with Technical Connection.

Meanwhile, HM Revenue and Customs is putting more pressure on taxpayers and businesses with offshore accounts.

Figures from lawyers Pinsent Masons revealed HMRC sent out 72 financial information requests to tax havens including as the Cayman Islands, Bermuda, and Jersey in 2012.

Although the increase looks high, drawing conclusions is difficult because small moves in low numbers can result in large percentage changes.

To be fair, 72 inquiries out of the millions of personal and corporate taxpayers is a very small number.

The lawyers take a different view – with director Reg Day saying: “This is a shot across the bows for taxpayers and firms with undisclosed assets in offshore tax havens. HMRC is more determined to tackle them and will pursue those who are not paying their share of tax.”

The lawyers also pointed out that the British government is tying up the loose ends of a UK tax information exchange network with territories and dependencies that act as offshore financial centres.

These havens have also signed up to a Multilateral Convention on Mutual Assistance in Tax Matters – a financial information sharing agreement managed by the Organisation for Economic Co-Operation and Development (OECD).