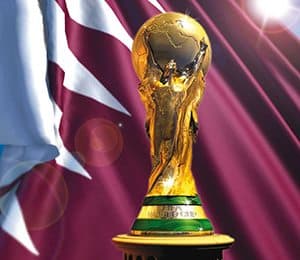 The Sunday Times has obtained secret documents including letters, emails and bank statements which it claims prove the embarrassed and disgraced ex-Qatari football chief Mohamed Bin Hammam, bought-off prominent FIFA officials in order to land his country the World Cup.

The UK newspaper has alleged Bin Hammam – who had his lifetime ban from the game for bribery overturned in 2011 due to ‘lack of evidence’ – made $5 million in payments to secure votes for the self-proclaimed ‘richest country in the world’.

Bin Hammam has since become a figure of ridicule, with statements such as “I have seen the ugly side of football”, being quoted as thousands of migrant construction workers are put to work for no money in 50 degree heat with minimal regard for their safety. Bin Hammam, and indeed Qatar have now become synonymous with a World Cup that across much of the football world is unwanted.

Not a great deal has gone right for Qatar or FIFA since the controversial decision to award the most prestigious tournament in the world to the oil-rich Gulf state, with allegations of corruption, human rights issues and even the infrastructure and general welcoming nature of the country all called into question.

Having had his lifetime ban reversed, Bin Hammam quit football, only to return as the President of the Asian Football Confederation before finally picking up his second lifetime ban in as many years for an apparent “conflict of interests”.

Having been awarded the World Cup 2022 in a ballot held in 2010, former FIFA Vice-President Jack Warner received £1 million from a company owned by Bin Hammam just fractionally after, according to allegations made earlier this year by the Daily Telegraph.

Many football fans the world over have already expressed their intention to boycott the competition if it is held in a country with no football heritage, and little regard for women’s or human rights. Every major league across the world has also displayed dismay at the reality of there being no way the tournament could be held in the summer, thus interfering with the domestic seasons by having to be played in winter.

Despite the rather excruciating idea of having air-conditioned stadia (an idea that has poor Mother Nature shuddering), the fact is that Qatar in the summer months, is just not a great place to be, and although – if polls are to be believed – there won’t be many making the journey to the Arab world for the tournament, those that do will be in danger of heat exhaustion and dehydration, just ask the guys charged with knocking together the facilities right now.

These new allegations will heap yet more pressure on football’s governing body to hold a re-run of the 2022 World Cup vote. Despite this being a potentially damaging decision in terms of FIFA’s relations with the Middle East, in the longer term the benefits of awarding the tournament to a more credible host may be regarded as well worth the inevitable Arab uproar at a reversal.