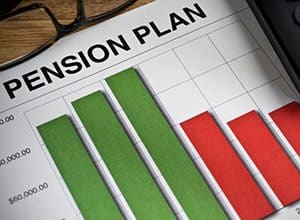 There may be a light that never goes out, but according to most expats with public sector pensions, it’s not in the UK anymore.

As the Government have continued to plunder the public sector pension pot in order to try to get the country out of deficit, more deficit has been created. In a recent poll by a consortium of pension providers, 85% of expatriates are giving serious consideration to moving their public sector pensions out of the UK, before the door shuts for good in April 2015

For those who have spent a lifetime attempting to meet impossible government targets, set to a back-drop of cuts, staffing problems, lack of resources and intense pressure, the one saving grace was the prospect of a comfortable retirement at the agreed age of 65. For so many still working in the UK – as well as those no longer living there – the retirement age of 65 is now no more than a pipe-dream. A false promise which is likely to be extended even beyond 68 by the time it comes around.

As for the level of funding which will be made available, it is again a very murky area. Twice in 10 years annual drawdown levels have been reduced, the occurrence promises to become more regular as we move forward.

The number of people hitting retirement age each year is increasing, the amount of money in the pot is decreasing, it doesn’t take a mathematical wizard to be able to work out that the signs aren’t great.

The Government clearly has a problem, the solutions are to lock the money in, to extend the retirement age, to increase the contributions and reduce the payments. This, combined with the hope that some of the fund can be invested effectively, is comparable to backing a 66/1 outsider for the Grand National.

Recently Prince Charles noted that the Public Sector Pension Model is “not fit for purpose.” Once our Prince is forced to wade in on what is arguably a political matter, you know that things are prett7y serious.

Luckily for those planning to retire abroad, and for those already residing away from the UK, there are options, although the timeframe is becoming increasingly pushed. Before April next year, Public Sector pension holders are still able to transfer their existing pension into a QROPS. These schemes have become increasingly popular as they are seen as offering the kind of flexibility, control and benefits that will never be made available to those that keep their funds in the UK.

QROPS are recognised by HM Revenue & Customs, are available in 42 different jurisdictions, are offered by an array of providers, and can be tailored to fit with the retirement expectations of the pension holder. Expatriates sourcing information on this option are on the increase, as many see the prospect of hanging on and waiting to see exactly how their UK-based scheme shapes up, as far too much of an uncertain gamble.

Phone Lane in China Solves Nothing