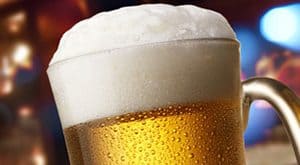 Drinkers are saying cheers to the government for offering them seed enterprise investment scheme (SEIS) tax relief against a community campaign to fund a pub.

The group won backing as SEIS and from the Enterprise Investment Scheme (EIS) to raise £200,000 to secure the future of The Tally Ho pub in Hungerford Newtown, Berkshire.

Advice to go for start-up tax breaks came from a firm of local accountants.

“The pub trade qualifies for SEIS and EIS reliefs, but not many investors are aware that they are available,” said Chris Lee of accountants James Cowper, who helped the campaign.

The result is investors who input; say £10,000 to help the pub fund could claim a £5,000 tax reduction against income tax paid.

“The rules can be complicated and not all leisure sector businesses qualify, but investors can benefit from capital gains and income tax reliefs when buying pubs and restaurants.”

The Trades Union Congress has slammed government initiatives to revitalise the economy as a failure as official figures reveal investment as a share of total spending has collapsed to the lowest level since the 1950s.

The data comes from the Office of National Statistics.

The TUC claims manufacturing in every sector other than car making is struggling to reach pre-recession levels.

The unions claim tax breaks like SEIS and EIS and other initiatives are only creating low paid or low activity jobs and are not doing anything to help investment or exports.

“The promise was to revitalise the economy and everyone, including the unions, gave widespread support on that basis,” said TUC general secretary France O’Grady.

“But despite all the promises, people are earning less and not spending or investing, which means in the long-term. Nothing is improving.”

The initial target was £1 million – but the offer was overfunded by 90%.

“I am really pleased with support people have given to my company,” said McCloud. “At times we thought the business would not succeed, but now feel vindicated.”