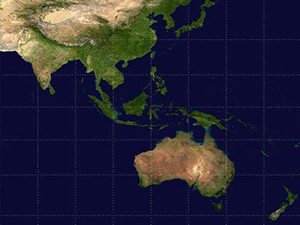 International property investors with an eye for growth should look at the prospects of Jakarta, Indonesia, according to new international research.

A surging economy fuelling a rising affluent and aspirational middle class numbering around 141 million by 2020 is expected to demand quality housing in the nation’s capital and beyond.

Already, the IP Global Property Barometer for the second quarter of 2013 has seen yields swell to 9.5% on luxury residential buy to let homes – mainly because of lack of supply and relatively few developments under construction.

Mackay, in Queensland, Australia, is ranked the second best opportunity for property investors.

Mining and a rising population are triggering demand in Australia’s leading local property market where home owners and renters earn around 27% of the nation’s average salary.

Staying in the Asia Pacific, Kuala Lumpar, Malaysia, saw house prices increase by 8.3% in 2012, and the market strengthening in 2013, mainly due to the announcement of the building of a high speed rail link to Singapore.

The study also identified a two-speed market housing market in Australia – one surging ahead backed by the booming mineral extraction sector, while an austerity budget and high Australian dollar are squeezing the property markets in Melbourne and Sydney.

If anything, suggests the report, house prices in these two cities is likely to underperform due to restricted demand and a large number of construction projects coming to the market.

Singapore; Hanoi, Vietnam and Seoul, South Korea, are also considered to be facing a harsher market due to hothousing of the markets due to speculation, leaving all three cities with an over supply of mainly apartments.

Hong Kong gets a definite thumbs up despite pundits predicting property prices would slump by up to 20% this year, when the have risen by 2.6% on the back of strong demand that is not showing any signs of dissipating.

Tokyo is also seeing the first house price increase for several years as government policy to reflate the yen is revitalising the economy and the property market.

“Indonesia has the fourth largest population in the world and an ever-growing middle income group eager to move upmarket. This is likely to drive the property market on for some time yet as supply is nowhere near catching up with demand.

“Local factors like the economy also affect the market – which is why Mackay is enjoying a property boom town based on the mining bonanza.”