Premier League Picks up Right Where it Left Off 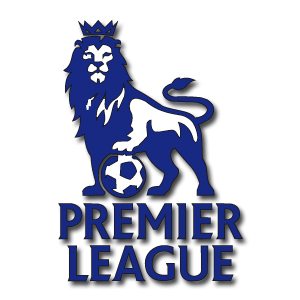 The first day of the Premier League kicked off amid much anticipation, and the neutrals weren’t disappointed. For some sets of fans however, it was rather less enjoyable.

The season opener was at Old Trafford, as Manchester United entertained Swansea in what most predicted would be a relatively routine victory, but despite Louis van Gaal taking over, and an unbeaten pre-season, United looked devoid of ideas and confidence in a manner exactly as last season under David Moyes. Unless they secure some of the required new players – namely Vidal, Di Maria and Rojo – it could be an extremely long season for the United faithful. Swansea dominated in terms of clear-cut opportunities and looked far more threatening on the attack as they ran out 2-1 winners.

Tottenham and Arsenal both laboured to last minute victories against lesser opposition, Arsenal in particular would have expected a slightly more convincing display against a managerless Crystal Palace, relying on last season’s hero Aaron Ramsey to spare their blushes on the opening day. While at Upton Park, Tottenham were reduced to 10 men when Kyle Naughton was dismissed for handball in the area. The subsequent penalty was missed by Kevin Noble, and despite being the better side, Sam Allardyce’s men went down to a last minute winner from new Spurs defender Eric Dier, who joined from Sporting Lisbon.

Elsewhere, last season’s over achievers Everton got pegged back to a 2-2 draw with new boys Leicester, and West Brom and Sunderland also drew by the same score. QPR and Stoke both lost 1-0 at home meaning that only one side (Arsenal0 managed to pick up all three points on their own ground, and that was only in the last minute.

In today’s games, Liverpool face Southampton having raided the southerners for most of their best players during the summer, and Manchester City begin their defence of the title in a tricky away game at Newcastle. Both games promise goals and chances for both sides, although you would expect Liverpool and City to come through their respective openers.

Tomorrow sees title favourites Chelsea open their campaign against Burnley. The new-comers are favourites to go straight back down, and they won’t be relishing the thought of facing up to Spanish new boys Diego Costa, Fabregas and Brazilian, Filipe Luis in what could be a very torrid evening.