The Premier League – What We Know Now 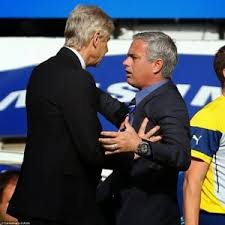 As the International break swoops in to place the Premier League on pause for a few weeks, it is time to take a breath and weigh up exactly what we have so far seen, and what it means for the season.

Despite Mourinho’s claims last year that Chelsea were too weak to win the League, they probably should’ve ran closer than they did. But this year the master has returned, and in buying two Spaniards to fill the areas where they were lacking last year, Jose has bought well. Fabregas and Costa between them have completely overhauled Chelsea, and after the stroll to victory against Arsenal on Sunday, they are undoubtedly favourites for the league. While all around them continue to exhibit frailties, the Stamford bridge outfit look physically dominating, strong at the back and potent going forward,. The age old criticism is that they still remain a touch boring to watch for the neutral. Despite having players such as Hazard and Oscar on the pitch, Chelsea still manage to stifle games and – in Mourinho fashion – focus on keeping things tight rather than allowing themselves to be vulnerable by playing flowing, attacking football.

Exactly the opposite to Chelsea, United are exciting to watch this year. Completely open at the back, while extremely potent going forward. If they continue in this vein, they won’t win the league, although a top four place is comfortably within reach. They haven’t yet played a top team, and their overall results have been sketchy at best, but as the new signings continue to adapt, they will figure there or thereabouts come May. Man City and Chelsea are up next for them after the international break. Much will be proven after these two games. Di Maria, Falcao and Blind look extremely strong through and will destroy many defences between them this year.

These three will undoubtedly battle it out for the last two Champions League places. City have something missing. Despite his goal at the weekend, Toure is certainly not playing at the level he was last year. Lampard has been a great addition to the squad, as you’d expect, however across the pitch City seem pedestrian and devoid of ideas when coming up against a well organised and tight defence. Liverpool as you’d expect are a shadow of the team they were last year, and Arsenal have the same old problem. Decent in possession but with no cutting edge. Welbeck was never going to solve that problem. Yes, he got a hat trick against a poor Galatassaray side last week, but if he scores 20 Premier League goals this season it will be a major shock.

Newcastle need to do something quickly. A club which is so far removed from its original traditions it is almost frightening. Sponsored by Wonga, with a manager who goes round head butting players, to an owner who lacks ambition and seems more interested in getting his sportswear firm all over the town, Newcastle are going down this year. They are so unimaginative, and if Cisse gets injured you can’t see where they are going to score from.

Burnely and QPR are the other two relegation candidates at this stage. QPR are a mess, unfit, disorganized and lacking across the pitch. Ferdinand and Caulker a not working as a central defensive partnership, and QPR fans are calling for Rio to be left out in order to try to get some energy back in the side.

Burnley have toiled at times, but with a lack of funds you always suspected that they would struggle to make it in the big league.

Swansea and Southampton have both hugely impressed, especially the Saints in the wake of their mass exodus last season. They are playing great football and currently sit in second, Europa League qualification is on the cards. Swansea as always are playing some very easy-on-the-eye football and will certainly finish top half. Tottenham and Everton have both been poor, the Toffees are just above the relegation places which is a huge shock, and Tottenham just seem to lack any kind of different dimension to their game. Both are in danger of mid-table mediocrity this season.

By Christmas, the league should’ve leveled out and you’d expect Chelsea, United, City and Arsenal to take the top four positions, but this season more than any before, you get the impression that anyone can beat anyone else on a given day.

One thing is for certain, England’s football fans – as well as the huge following across every continent – will be severely disappointed to have to sit through a few weeks of tiresome international football instead of the excitement fuelled by the greatest league in the world.