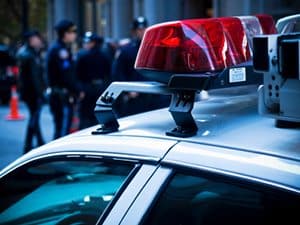 Police in Kuwait have lost a controversial power to deport expats over traffic convictions after a campaign by human rights activists.

A new law demands police must get Interior Ministry permission to send an expat out of the country.

The move follows concerns over how police were using their powers after thousands of motorists were deported last year.

Until the law was changed, a senior police officer could sign the deportation notice.

The new law was cheered by the Kuwait Society for Human Rights (KSHR) as a “step in the right direction” to protect the rights of the state’s 2.7 million expats, although campaigners wanted the law to ban all deportations not ordered by a court.

The law was only enacted 12 months ago, allowing police to deport expats for traffic offences like driving without a licence.

“We believe the police were overzealous in deporting expats and that this change is a step forward in improving the rights of foreign workers and stops the police violating international treaties upholding those rights which were signed by the Kuwaiti government,” said a spokesman for the KSHR.

Kuwait’s 2.7 million expats makes up more than two-thirds of the state’s population of 3.9 million.

The Kuwaiti government has also recently announced proposals to reduce the number of expats by around 100,000 a year for the next 10 years, but has yet to specify how lowering the expat population will be accomplished.

Other Gulf State nations are also acting to reduce expat numbers in favour of providing jobs for nationals.

Meanwhile, Qatar and the United Arab Emirates are both considering bans on expats holding driving licences in line with Kuwait.

However, Major General Mohammed Saif Al Zafeen, director of the Dubai Police traffic department and head of the UAE Traffic Council is arguing against the idea for Dubai and Abu Dhabi.

In fact, the UAE recently dropped the age limit for driving to 17 years old.

In Qatar, labourers have been prevented from holding a licence due to traffic congestion.

The government have banned issuing driving licences to labourers since July last year, although motorcycle licences are excluded from the scheme.

Driving schools argue that bans on issuing driving licences will not solve congestion problems because the desert heat means people need air-conditioned vehicles to move about as public transport is so poor.