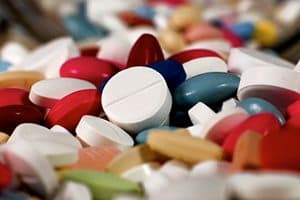 China has been viewed as a lucrative business opportunity for many large corporations as it is the second biggest economy in the world. However, this does not in any way imply that they all play by the Chinese rules.

This year three big pharma giants have been accused and questioned by Chinese authorities all for different forms bribery scandals.

Claims that Alcon has been bribing Chinese doctors, through third parties, to fake clinical trial results have stemmed from the newspaper. These accusations are one of the first of their nature as the others have greatly revolved around financial crime.

In addition, claims have been made that Alcon has bribed over 200 doctors to promote and use their lens implants as frequently and often as possible.

In July this year, Chinese authorities began investigating GSK. They soon discovered a 3 billion Yuan ($489 million) that have been sent to travel agencies since 2007.

It was speculated that these agencies were used as the third parties that transferred money to the recipients of the bribe. These recipients were, predictably, doctors and also government officials and bribes were given with the intention of increasing sales of their different medical products.

GSK representatives stated that they had no previous knowledge of these crimes but if they discovered that these allegations were true, they would take punitive measures against the culprits.

As a result of the Chinese investigators probe into the matter, 4 senior GSK executives were arrested. Upon further questioning, it was discovered that these executives used fake receipts for tax purposes.

More recently, in August, Eli Lilly was accused by newspaper 21st Century Business Herald of bribery. They revealed that their source, who used a pseudonym, was a former employee. He claimed that the company has used 30 million Yuan ($4.9 million) of their funds for bribery.

As with the other members of the accused trio, a company representative made a statement claimed that they have no existing knowledge of these crimes.

They have agreed to willing cooperate and support the authorities investigations and will conduct internal investigations of their own in order to determine if there is any truth behind these allegations.

QROPS, should expats be wary?