Peace for Syria at Last? 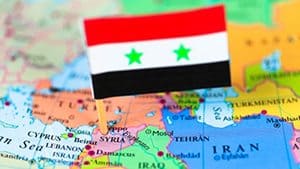 Unfortunately, many doubt that peace will be the outcome at the Geneva peace talks, however, some still have hope that an agreement may be reached.

On the 22nd of January, in Geneva, Switzerland, Bashar al Assad and his party met with the opposing forces, who call themselves the Free Syria Army, in order to reach some kind of agreement to end the 3-year-long civil war.

This war has taken the lives of approximately 100,000 Syrian nationals in addition to displacing over 9 million and in turn, driving the impoverished refugees further into poverty.

These peace talks have been attempted before and only through immense persuasion from both sides’ allies was it a possibility.

This meeting has been in the works for over a year and many have hopes that a positive conclusion will be reached.

However, thus far nothing is certain.

Although initially, both sides were not willing to meet face to face for joint talks, each blaming the other for this arrangement, they did in fact meet for a brief discussion. Although neither side conversed with the other directly, the public has thought this was an important breakthrough.

A UN representative who is mediating the talks, is aiming for small steps at the moment such as localized cease fires, releasing prisoners and allowing humanitarian aid to assist those in need.

The Syrian ambassador to the UN, Bashar Jafari, explained what the focus of these initial talks are. He said, “We should all have one agenda, how to serve the interests of the Syrian people, how to rebuild our country on a solid basis and how to go ahead, forward towards achieving the aspirations of the Syrian people.”

According to analysts, the motivation for the talks differ greatly on both sides.

On the Syrian government side, it is seen as a validation of the military action they have taken up against the opposition claiming that their retaliation stems from ending terrorism.

On the stance of the Syrian opposition is that the talks are being held in order to begin the process of policy change in the nation that involves removing Bashar Al Assad from his current position of president.

In addition to the parties having different aims for the talks, there is another problem to consider, the opposition itself is facing problems from within.

The Syrian National Council, a group that is affiliated with the opposition and the decision making process, removed themselves from attending this meeting.

This implies that even if some form of a treaty is decided upon, it will be a struggle to implement as not everyone will have agreed to the solution.

There are also a number of unaffiliated armed groups that are active participants in the destruction and will not be controlled by any agreement reached at the conference.

What Can Swimming Do For You?