Pay For What You Weigh Airline Tickets 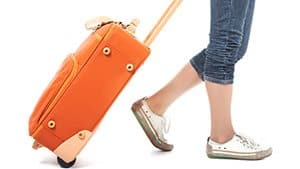 Budget airline Ryanair has long considered selling tickets by the weight of passengers – but one airline is already selling seats by the kilo.

Samoa Air has a simple ticketing policy – add together your weight and the weight of you baggage to the nearest kilo and multiply the number by the rate for the flight.

The heavier you are, the more you pay.

To check no one cheats, passengers who book online or over the phone are weighed again at the airport before collecting their boarding passes just like the luggage is booked at other airports.

The issue for Samoa Air is obesity.

The Pacific Island of Samoa ranks in the top 10 of obese populations. An astonishing eight out of 10 people over 15 years old are overweight – and not just by a couple of kilos.

The airlines neighbouring islands, like Tonga and Niue, all have more than their fair share of obese people and rank in the world obesity top 10 as well.

“Air passengers have always been charged a fare for their seat, but its tradition more than practical because aircraft are weight sensitive. The small aircraft we use have less margins for weight variances,” he said.

“Sometimes we carry fewer passengers than we have seats for because we have already reached weight limits.”

The airline claims some families liked the pricing policy because children can often fly for cheaper rates by weight rather than paying for a seat.

The web site aims to explain the pay what you weigh policy by highlighting the aircraft are divided into sectors that can carry a certain amount of weight – and when that weight is reach no more passengers or cargo can be loaded.

From a business point of view, the number of passengers does not matter providing the break-even payload is reached for each flight.

Other airlines have policies to charge overweight passengers for two seats instead of a single to compensate for losing a passenger to make up for one obese flier.

Obese is defined as someone with body fat that is more than 20% of their total weight.

Nations in bold are served by Samoa Air

How Pollution Shortens Your Life