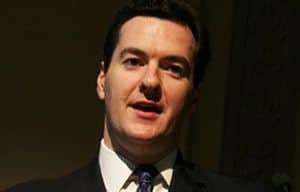 Only a few days after announcing changes to Seed Enterprise Investment Scheme (SEIS) rules, Chancellor George Osborne has dropped them from the new Finance Bill going through Parliament.

Osborne flagged the changes in his Budget 2015 speech on March 18, but has pulled them from the bill because MPs are running out of time in the House before leaving to campaign for the upcoming election.

The government also expects to have to be granted state aid approval for the proposals by the European Commission.

Consultation but no changes

Now, the draft legislation for each of these has been removed from the Finance Bill, although the Chancellor has confirmed that the proposals will be put before Parliament again after May 11, when the House is due to sit for the first time following the election.

The consultation is open until May 15.

“Many businesses that find money through these schemes would have difficulties in developing.

“However we have to make sure that they are compliant with European state aid rules, which is why the draft regulations are being put forward.”

The government has also put other Budget 2015 and draft tax regulations on the backburner due to lack of Parliamentary time or cross party disagreements.

The most contentious concerns employers taxing trivial gifts for staff.

A trivial gift is not defined in law, but generally taken to mean something worth less than £50 and not handed over as part of a salary or bonus.

Examples would be flowers to a sick employee or chocolates or a bottle of wine on a birthday.

HMRC wants to tighten the rules, but MPs cannot agree the terms, so the legislation has been shelved until after the election.