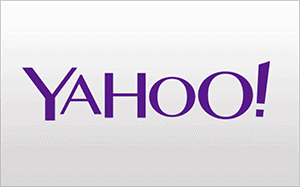 New reports published by the Guardian Newspaper, have revealed that the British and USA government did more spying than anyone had previously believed.

The GCHQ, a British surveillance agency, and the National Security Agency (NSA) were spying on citizens using Yahoo to communicate with loved ones overseas. Edward Snowden, a well-known whistleblower, provided documents to the newspaper indicating GCHQ and NSA activities had been ongoing for a two-year time period from 2008 till 2010.

The documents provided by Snowden reveals project ‘Optic Nerve’ which took snapshots of randomly selected Yahoo webcam conversations. Every five minutes, the program would automatically take a snapshot of the video chat and upload them to their database.

No specific users were targeted which indicates that a large majority, if not all, the users were not suspected of criminal activity or a threat to national security.

The intended purpose of this program was to improve facial recognition software which is ‘necessary’ for the corresponding nation’s security.

However, close to 2 million Yahoo users from across the globe were victims of privacy violations and according to the report, the majority of the images that were collected had been of a sexual nature.

Snowden’s leaked documents stated that the GCHQ had estimated that 11% of all the images that were collected were of a pornographic nature.

One leaked document stated, “Unfortunately, it would appear that a surprising number of people use webcam conversations to show intimate parts of their body to the other person. Also, the fact that the Yahoo software allows more than one person to view a webcam stream without necessarily sending a reciprocal stream means that it appears sometimes to be used for broadcasting pornography.”

Yahoo has reported that they had no prior knowledge of these wrongdoings committed by the security agencies and were outraged at the invasion of their users’ privacy.

The search giant has been one of the greatest advocates for ending mass surveillance. Joining a number of other companies, they called upon the governments of countries across the globe to put an end to such activities at the end of last year.

A spokesperson for Yahoo released a statement saying, “We were not aware of nor would we condone this reported activity. We are committed to preserving our users’ trust and security and continue our efforts to expand encryption across all of our services.”

Expats Cut Back Spending As Pensions Fail To Deliver