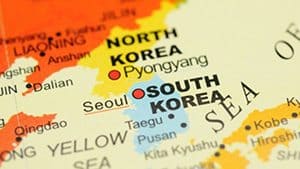 This past Saturday, what seemed to be a progress in North/South Korea relations came to an abrupt halt at the cost of families who have been apart for 60 years.

Meetings between the war-torn families were intended to begin on Wednesday at the Mount Kumgang resort which is located north of the militarily controlled border.

The last reunion that was organized by the two sides took place in 2010 and has been on hold since then after the North attacked a Southern Korean Island.

During April of this year, tensions peaked once more after North Korea began threatening the US, one of South Korea’s allies, with a nuclear attack. Hostility eased after the United Nations began to take punitive measures against the Northerners thus ending the threats.

The relationship between the North and South have since began to slowly mend. Resuming the reunions was but a single remedy for the two nations’ wounded relationship.

This past week the rivals agreed to reopen their jointly run industrial complex that was closed down in April when the North Koreans removed their employees. In addition, talks of re-allowing entry into the Mount Kumgang resort as a tourist destination to the South Koreans commenced.

In 2008 a South Korean tourist was killed by a North Korean soldier and consequently the tours were indefinitely postponed.

Speculation as to what caused this seemingly random break in progress has arisen. One professor from the University of North Korean Studies believes that it is because of a difference in national priorities.

“For North Korea, the tours come first and family reunions come later. It is the opposite for South Korea.”, says professor Yang Moo-jin.

As expected, those who were intended to participate in the reunion this Wednesday are heartbroken.  Siblings, parents and children, and husbands and wives have been separated with limited forms of contact and no way to see one another for the last 60 years. Well over 70,000 different people have signed up to participate in future planned reunions that now, may never come to pass.

There is an air of worry and a cause for rush as majority of the individuals wishing to be reunited with their loved ones are now senior citizens over the age of 60.

Time is of the essence for these families and at this moment in time they can only continue to hope to one day see their relatives again.