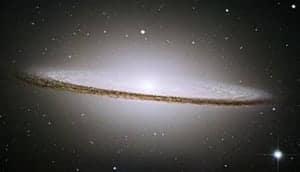 Expats are signalling their disapproval after the BBC switched free-to-air services to a new satellite.

Sky and Fox channels have already moved and Channel 4 and ITV are scheduled to transfer soon.

However, thousands of expat viewers in the south of Spain and the Canary Islands have lost their chance of watching any English speaking TV programmes.

Viewers as far across as Italy, Portugal and the Cote d’Azur, France, have lost their signals as well.

The blame is placed on the new satellite’s transmission footprint, which is not targeted on such a large area as the former satellite’s signal.

The result is expats living on the fringes of the transmission zone have lost the signal completely, while many others further inland have had to install much larger dishes so they can carry on tuning into their favourite TV programmes.

Many expats who were picking up the TV signal have also lost radio reception as well.

Engineers promise the footprint will be refocused once all the channels have transferred to the Astra 2E satellite.

The satellite has been dubbed ‘the Great British TV turn-off’ by thousands of expats.

Astra 2E was launched from Kazakhstan in September 2013, and after several months of testing, the systems were green-lighted for public transmission and radio and TV channels have gradually migrated to the new platform since late in January.

The satellite is designed to deliver high definition TV and upgraded broadband services for the next 15 years.

The switch-off is forcing some expats to look at TV service alternatives, like proxy server internet providers.

Officially, the BBC and other British TV channels are not licensed to transmit outside the UK, where content may be offensive or illegal under the laws of other countries or rights to programmes may belong to other companies.

“Rights agreements are made by national broadcasters and mean the BBC can only broadcast or stream a programme in the UK,” said a BBC spokesman.  “However, we are aware that expats and other viewers want to watch our programmes, so have a BBC Worldwide app that shows some of our programmes in other countries.”

The Bird that is Causing Chaos

QROPS turnaround for pre-2008 transfers: What you should know