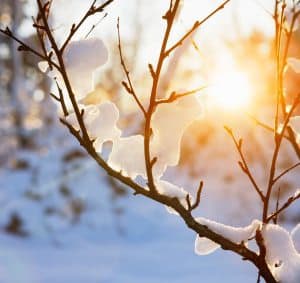 Approximately 1,000 southern British homes have been flooded over this Christmas period – and the Environment Agency is predicting another spate of houses to be hit with floods in the south-east and south-west of the country over the next couple of days.

England has experienced heavy rain and high winds for the past week, and the flooding of its southernmost rivers has led to major travel delays and power cuts.

Currently, severe flood warnings are in place on Dorset’s river Stour. And the Environment Agency has a further 70 warnings in place which signify that a flood is ‘expected’ across the south – including warnings for the River Medway in Kent.

However as of the 26th of December there were no further ‘severe’ flood warnings across England – which signify there is a danger to life.

The challenging conditions (including flooded or blocked roads) have made the already severe repairs more difficult; with the Energy Networks Association noting problems remained for Sussex, Kent, and Surrey’s engineers.

On Thursday the 26th of December a predicted 24,000 homes woke up to no power.

This included 3,500 homes in Scotland – all of which have now been returned to power.

Whilst UK Energy Networks noted they had connected many of the houses across the rest of the UK, 13,000 homes have been left with no power and given the news they may not be connected until the end of the week.

The Met Office, which predicts the weather conditions both within the UK and internationally, has warned of a further storm heading in from the Atlantic.

It is expected to hit the UK’s shores on either Thursday the 26th of December or Friday the 27th.

This storm may add another inch of rain to an already saturated southern England, and bring gusts of up to 70 miles per hour – hitting every county within England, Scotland and Wales except the easternmost parts.

The UK’s aviation regulator the Civil Aviation Authority has stated it may investigate the disruption to flights over the Christmas period at Gatwick Airport.

Thousands of travellers had their plans delayed or ruined when an electricity substation flooded.

Gatwick airport has already apologised, and reports it is now fully operational.

How The Richest Americans Got A Whole Lot Richer