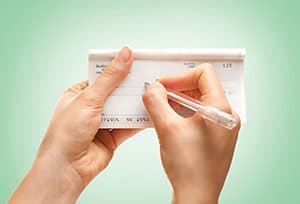 Despite the promise of attracting huge tax benefits for investing in a Seed Enterprise Investment Scheme (SEIS), many investors are becoming shy about putting money into anything to do with technology start-ups.

Analysts fear that there have been too many such offerings which have yet to show a profit and which, in turn, has spooked other investors.

This move has led to increasing numbers of tech firms scratching around for investors and many not realising their funding targets.

While some of the bigger US firms, such as Facebook, continue to do well and attract investors; their European counterparts are not so lucky.

By using SEIS, an investor can invest up to £100,000 and claim most of their investment against their personal tax bill and not pay capital gains tax when they sell their shares.

Investing in a start-up can be a risky route to follow but SEIS experts are now saying that some of the bigger investment vehicles such as Klama, an online payment service, Zoopla, the property portal, and the music service Spotify, need to post better profit figures.

By doing so, they will boost confidence in the sector and attract other investors.

Manish Madhvani is a partner with technology investment banker GP Bullhound and he believes that there is a fundamental change underway in the relationship between companies looking for backers and venture capitalists.

He explains: “Technology is a specialist sector with the opportunity for quick growth which is a different scenario seen in other markets.”

It is this potential, Manish adds, of volatility and risk that is off-putting to institutional investors and they are unlikely to invest in something that they don’t fully understand.

Living on the edge

However, with investors wanting to see a return on their investment they increasingly want to see a start-up planning for early commercial success or a timetable for floatation.

It’s not all bad news and there are have been lots of successful technology start-ups in the UK bringing rewards for those who invested early such as Asos, the fashion retailer, and Rightmove, the property website.

In the case of Rightmove, investors enjoyed an excellent payday when the firm floated in 2006 and is now worth around £2.4 billion and Asos floated in 2001 and is worth £4 billion.

The case for SEIS investment is not helped by the news of the planned start-up for Ubuntu Edge, a smartphone project going under after calling for $32 million to get off the ground but only attracting $13 million.

However, in the blizzard of negative headlines there is one small fact which gives hope for future SEIS technology ventures: the project attracted almost 25,000 investors willing to put their money into the scheme.