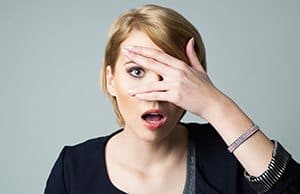 Scaremongers are suggesting Chancellor George Osborne’s pension tax changes are a game-changer for Qualifying Recognised Overseas Pension Scheme (QROPS), but this is unlikely to be the case.

Some leading national media in the UK argue that scrapping the 55% death tax for onshore pensions means switching to a QROPS is less a less viable option for retirement savers.

However, QROPS have always offered much more to expats and international workers than a way to avoid the death charge on pensions.

All the tax change really does is bring UK pensions into line with one of the netter aspects of a QROPS.

Meanwhile, the Treasury has already announced that this is a two-way street by agreeing to allow new easy-access pension options to QROPS from April 2015.

No reason to delay

That opens up drawing down funds in full from April 6, 2015 for any QROPS investor over 55 years old.

At least the first 25% of the fund, and in some cases up to 30%, will be tax-free and the remaining drawings will be taxed at the retirement savers marginal income tax rate wherever they are resident.

The payment is also available in one of several major global currencies.

However, although the same rules apply to onshore pensions – UK providers will withhold income tax and pay net in Sterling.

Add to this the more flexible investment rules attached to a QROPS and switching funds offshore seems to be worth considering for any expat or overseas national with UK pension rights.

Many UK based financial experts explain one reason for delaying a switch to QROPS is if the government changes at the next general election, the winners may well undo all the Tory tinkering with pension rules.

The answer to that one is investors can only make decisions based on the information in front of them and could well miss out on financial opportunities if they play a waiting game.

The fact is governments can always change the rules, but Labour and the Lib Dems have not voiced any disagreement with QROPS legislation or any intention to change how they work for expats.

QROPS seem to have finally come of age, with new schemes opening every day and fewer closing or facing issues with HMRC over trying to stretch the tax envelope.

The overseas schemes have also proved resilient to pension liberation fraudsters, with regulators reporting that the scammers are concentrating onshore and that no reports of QROPS being involved have been received.

Expats who want to make the change – especially those with a defined benefit scheme – should not be put off by the scare-mongering and should make a sensible financial decision based on discussions with a QROPS expert.