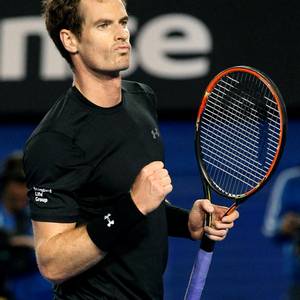 Andy Murray has cruised into the final of the Australian Open after despatching Tomas Berdych with comparative ease. The British sixth seed somehow lost a nervy first set on a tie break, despite having the Czech star on the ropes for most of it, but after that he hit a level we’ve not seen from him since his triumph at Wimbledon in 2013.

It would appear the recovery from the back surgery he underwent directly after the London Grand Slam is now complete, and he can look forward to a final showdown with either world number one Novak Djokovic, or current Australian Open champion Stan Wawrinka.

The pair face off tomorrow in what is sure to be a gruelling encounter, and with one day less to rest it off, perhaps Murray will go into the match as a slight favourite among some, particularly in light of his current form.

After losing the first set, and then being subjected to an under-the-breath comment from Berdych as the players went to sit down before the second, Murray suddenly clicked into gear and easily powered his way back to one set all, crushing Berdych 6-0. From then on it looked ominous for the seventh seed, and Murray took the next two 6-3, 7-5 to secure his final place, exhibiting some brutal ground strokes and great variation along the way.

Victory will have been made all the more sweet for Murray, who now takes part in his fourth Australian final, because Berdych is coached by Dani Vallverdu, his former aide. The press had made a great deal of fuss regarding the match up and the potential side stories enveloped around it, and there was a real tension in the air to begin with. The Scot’s class shone through in the end though, and he can rest for a couple of days before attempting to prove he was right by engaging the services of former women’s champion, Amelie Mauresmo. Murray was subject to elements of ridicule and general amusement from some commentators and ex-pros regarding his choice of a female coach, but by winning the Australian Open for the first time, he will answer his critics in the classiest fashion.