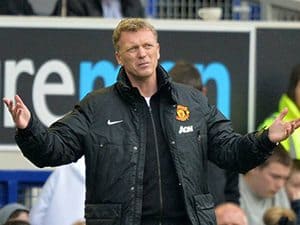 As Manchester United begin their search for a new manager, the world’s largest football club have essentially admitted failings in their own quest to find a leader worthy of replacing the greatest manager ever to have graced the game.

When Sir Alex Ferguson expressed his intention to retire at the back end of last season, the shockwaves were felt throughout the world, the share price plummeted, and the focus on attempting continuity with a proven big name manager should have been the focus of the United board.

Instead the opted for a man with no big club experience, no history of winning trophies, no dynamism and minimal charisma. Moyes can’t be blamed for the failings that have resulted in his dismissal less than 10 months into his 6 year contract, the blame falls squarely with the board and the Glazers.

When you bring in a man to take such a high profile position, experience should be the first thing you consider, his ability to handle staff with big egos should be the next, and his track record in terms of success should also be contemplated. It would appear that rather than take any of these factors into consideration, Manchester United instead took the recommendation of Sir Alex with no real interest in Moyes’ ability to do the job.

As a result, United have witnessed a season of lacklustre performances, the result of which has left them without Champions League football for the first time in 20 years and with their lowest ever points haul in the Premier League. United fans were generous in their patience with Moyes, even after he came in and fired the entire backroom staff in order to bring in his own, less experienced men. But enough was enough when United suffered embarrassing defeats to Newcastle, Tottenham, West Brom, Man City and Chelsea to name a few.

Time Waits for no Manager

Business is cut-throat, and football is business. So while Ferguson was given 4 years before he was able to bring any level of success to Old Trafford, Moyes was never likely to have been afforded that kind of time. Such are the financial repercussions of missing out on Champions League qualification for 2 years in a row, it would have been more of a gamble to remain with Moyes than to cut their losses and do what they should have done last year.

Moyes always cut a rather amusing figure when facing the press, a role which admittedly some feel more comfortable with than others. However, this is a key component of carrying out the role effectively. The press provide an avenue for the fans and perhaps more importantly the players, to be able see that the man leading their team knows what he is doing. This was never the case with Moyes, and as much as he is looked upon as being a nice guy, we all know where they finish.

The 2013/14 season can now be written off as a blip while United search for the manager they should have got first time around. Whoever they choose will then be placed in charge of a £150 million transfer budget in order to revamp a tired looking side and breathe new life into the football club that really should be challenging for honours every season.

Next year the board and the fans will demand a return to the top of the table. The board, however must give great consideration to their rushed decision last time around which resulted in an abhorrent season which will be remembered for all the wrong reasons.

Why have a QROPS when I’ve got a SiPP?