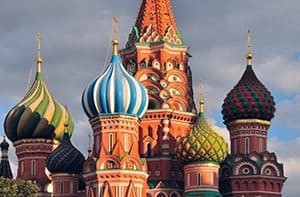 Russia’s hard line over sanctions following the annexation of The Crimea from Ukraine seems to be softening over the Foreign Account Tax Compliance Act (FATCA).

In on-off negotiations that have inched forward over several months, Russia had pledged to sign up to a FATCA inter-government agreement to make the country’s financial institutions compliant but had failed to act alongside the rhetoric.

Now the US Treasury and the Internal Revenue Service (IRS) has published the latest list of FATCA compliant nations, Russia is one of the glaring omissions from the list of 49 countries.

In a small crack in the tough Russian stance on annexing Crimea, finance minister Anton Siluanov has hinted he wants to meet US officials in a visit to Washington on April 9, which was scheduled before the Ukranian crisis started.

“I would love to discuss the agreement,” said the minister. “Everything will work out and the Russian government will make sure our banks can provide the information required relating to the financial affairs of US taxpayers.”

However, Siluanov’s confidence in proceeding with a FATCA agreement may not be shared by the Americans.

One Russian newspaper, Vedomosti, reports Moscow is concerned the country could face sanctions as a non-compliant nation even though negotiations have continued since last summer and Russia only has to sign and translate the document.

Moscow, says the paper, feels the US has deliberately stalled FATCA talks as a ‘silent sanction’ over action in The Crimea, although also notes India and China are also missing from the list.

If banks in Russia fail to gain FATCA compliant recognition from the US Treasury and Internal Revenue Service (IRS) by July 1, 2014, when reporting under FATCA is due to start, they could face financial sanctions.

This would include a 30% withholding tax on all financial transactions passing through the US banking system or even exclusion from the system.

Besides the three large economies of Russia, China and India, the FATCA compliant list comprises only 49 of the 198 officially recognised states in the world.

FATCA agreements allow the US and foreign tax authorities to swap financial information on bank accounts and investments held by each other’s citizens.

The law was designed to capture financial information about US taxpayers who failed to declare their offshore holdings of $50,000 or more each tax year.