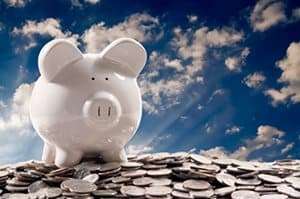 Despite the Government making a widely predicted U-turn on their decision to extend the UK pension freedoms to include expats with a QROPS in place, the industry still continues to grow.

Expatriates are still finding huge value in taking their retirement plans out of the uncertain and constantly changing UK market, and placing them in a more stable overseas scheme closer to where they are, and where they wish to retire.

Each month a new QROPS list is published by HMRC, and includes all the foreign pension plans which have declared themselves as a Qualifying Recognised Overseas Pension Scheme for the benefit of the British tax department.

This month there have been 30 new additions to the list, with one of the most popular destinations and jurisdictions for British expats, Australia, contributing 25 of them.

The Isle of Man had two new schemes open up during February, as did the Ireland. For most, however, Malta, Guernsey and Gibraltar continue to represent the most appeal for a QROPS.  These jurisdictions all benefit from having close ties to the UK, great regulation, and the pulling power to attract some of the world’s largest insurers and pension providers as they look to enter the QROPS market.

Expats can benefit from an array of features by placing their money into a QROPS. Some of these include the following:

Placing savings inside a pension scheme overseas opens up a great deal of varied investment options, with specially created and diverse funds targeted at maximising the performance of the capital held inside it.

It’s no secret that for UK pension holders (particularly those with larger amounts invested in pensions), tax is a huge issue. Thousands can be saved when it comes to the withdrawal of the funds upon retirement through careful selection of the right jurisdiction.

Many expats have a number of smaller pension pots left in the UK. A QROPS will allow these individual schemes to be ‘pooled’ into one, meaning that the investment part will see a stronger performance, and the savings themselves will be easier to manage and keep track of.

Being able to choose the currency in which you wish your pension to be kept is ultimately invaluable, as it makes the scheme exempt from the volatility and fluctuations of foreign exchange rates and the currency market. Again this could end up saving thousands when the time comes to retire.