MERS Alert Steps Up As First US Casualty Is Reported 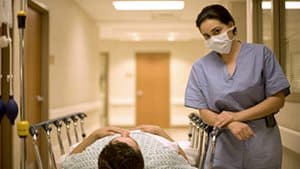 Hospitals across the world are readying for an outbreak of the deadly Middle East Respiratory Syndrome (MERS) as the first case is detected in the US.

MERS is a similar virus to the common cold, but with more severe symptoms that can lead to death.

The disease was first discovered in Saudi Arabia and is thought to be spreading among pilgrims visiting holy sites in the country.

So far, more than 20 people have died from the illness in Saudi Arabia and other cases have been identified in travellers returning to Europe and the US after visiting the country.

Doctors are battling to identify a treatment for MERS, which was previously restricted to animals – mainly camels.

MERS is suspected to have jumped from animals to humans who have eaten infected camel meat.

The World Health Organisation (WHO) reckons 570 confirmed cases of MERS have been uncovered in recent weeks, leading to 171 deaths.

Expats and business travellers are urged to stop all but essential travel to Saudi Arabia by the Foreign & Commonwealth Office (FCO) in a bid to stem the spread of the disease.

A few cases have also been found in other Gulf States – including the United Arab Emirates.

MERS sufferers display a fever and a severe cough which can cause death by pneumonia or kidney failure.

The FCO has also announced a travel warning for expats and holidaymakers going to Tunisia due to increasing anti-government protests and terrorist incidents.

The warning covers the towns of Nefta, Douz, Médenine and Zarzis and the region close to the Algerian border.

Clashes between protestors in Douz West and Ghlissia turned into violence and a night curfew was imposed but later lifted.

“The protests are skirmishes between rival factions arguing over land,” said an FCO spokesman.

“They are not aimed at foreigners, but the danger is travellers can get caught up in the violence. Near the border, we feel there is a general threat from renegade terrorists and random kidnappings.”

“Attacks on resort areas cannot be ruled out following the arrest of suspects carrying bombs at the Borguiba Mausoleum in Monastir. A bomb also went off near a tourist hotel in Sousse, although the only person injured seemed to be the person carrying the explosives.”

The FCO estimates around 350,000 Britons visit Tunisia each year and points out that the majority of trips take place without any incident.