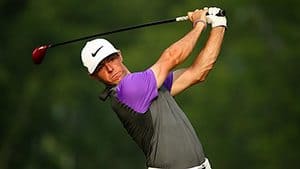 Golf’s world number one, Rory McIlroy has failed to come to an agreement with Irish sports agency Horizon Sports Management in a protracted dispute relating to fees.

The Northern Irishman is suing three companies overall in a case said to be worth millions of euros to the golf star.

Although an out of court settlement was proposed by the Commercial Court of Dublin, the failure tyo agree terms has meant theta the case will come to court in 2015

McIlroy signed a representation agreement over three years ago aged at 22, and his argument claims that this contract is unenforceable for multiple reasons, namely his age and inexperience.

All three companies have counter-claimed against the golfer and are seeking over two million euros as part of outstanding fees which remain unpaid from the agreement they will see as being in place.

Now McIlroy is set to miss a couple of tournaments in preparation for the court case including the BMW Masters, but will return to action for the Dubai-based DP World Tour Championship on 20th November.

The golfer hopes to recover seven million euros through the court action, a great deal of which was taken by a combination of the three companies after he signed up to become Nike’s brand ambassador in a deal worth $100 million.

It is hoped the ongoing legal dispute will not affect the star’s form going into next year when he attempts to win the Masters in April to complete an historic Grand Slam of all four majors – something only completed by six before him – and to win his third major in a row.

The case is due for a pre-hearing in November.