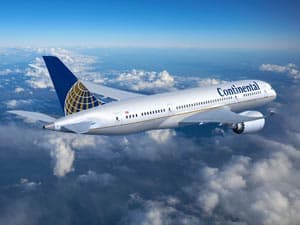 Airlines and aviation firms support 57 million jobs around the world and facilitates $2.2 trillion of economic activity, according to research for the International Air Transport Association (IATA).

But the industry needs more money to fly even higher, but is expecting to rely on a wing and a prayer to persuade investors to hand over the $5 trillion needed in the next 20 years, suggests the report

“Airlines give passengers and the broader economies of the world good value,” said IATA CEO and director general Tony Tyler.

“More than a third of all international freight is shifted by air, which shows the worth of the industry to the global economy.

“But investors with cash locked up in aviation between 2004 and 2011 would have earned $17 billion more each year if they had put their capital into bonds and equities bearing a similar risk.”

He explained that average returns from aviation investments have been around 4.1% – around 3.5% lower than the average return expected by investors in other sectors.

“If the aviation industry cannot give investors a better return, finding the $5 trillion capital the sector needs to expand over the next 20 years will prove a problem and impact on the growth of some developing economies.”

The report also disclosed that the aviation industry has reduced the cost of flying by half in 40 years by harnessing better technology, especially to cut fuel costs.

But improvements and increased efficiency have lowered yields instead of allowing airlines to take off.  Governments are blamed for the lack of growth by taxing air travel too much and obstructing cross border consolidation of former national airlines.

“The industry needs a new approach to defragment into a more efficient industry, and until this happens, investors will continue to find aviation gives poor returns.”