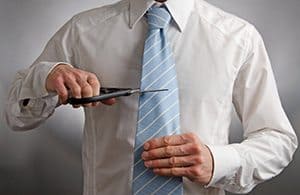 One of the most secure pension schemes available in the public sector has recently seen a dramatic shift in opinion, based on new Government plans for a restrictive lock-down on access to funds. This has meant that schemes such as QROPS for those now residing overseas and planning to retire away from the UK, have hit new highs in terms of enquiries and new business.

As of April 2015, former Local Government employees who hold a defined benefit scheme from their time in employment will be prevented from transferring their savings into any alternative and more beneficial schemes which may be available.

This is of particular pertinence to those now residing abroad, as expats have access to schemes which are not embroiled in a controversial deficit, and subject to sudden and swift rule changes at the drop of a hat.

Those that keep their Local Government pensions in the UK after April 2015, will be open to a variety of further amendments to pension legislation, which will most likely see funds withheld until after the age of 70 within the next 10 years, and an overall reduction in benefits compared to what was promised at the time of initial contribution.

Because of the uncertainty surrounding exactly what measures can, or will, be taken to try to pull the defined benefit sector out of the multi-billion pound deficit it sits in, expats across the globe are looking into alternative arrangements with more stability.

QROPS certainly answers most of the questions left unanswered by leaving funds in the UK. With a defined and clear structure, QROPS benefit from being able to offer the kind of incentivising benefits that the UK pension market would sadly never be able to.

Although LGPS were seen as one of the strongest and safest pensions in the public sector, the sad truth is that the scheme had been the subject of austerity measures and a reduction in contributions over the last few years. This has created a black hole which threatens to further increase in size as fund managers are forced to take undue risks with investment strategies in order to plug the hole.

It’s All Too Much

It’s too much for the majority, as a recent poll of expatriate Public Sector pension holders -conducted by pension provider B&G Futures – suggested that a staggering 85% are considering transferring their savings before the door is shut for good in April.

A QROPS transfer is not always the answer for everyone, and there are cases where the funds may be better left in the UK, however, there is certainly a case in the current climate for a rather urgent assessment of the options available, before there are none.

A QROPS consultation and transfer should only be performed by a fully qualified and accredited professional with the right level of knowledge and experience within the jurisdiction in which they operate.