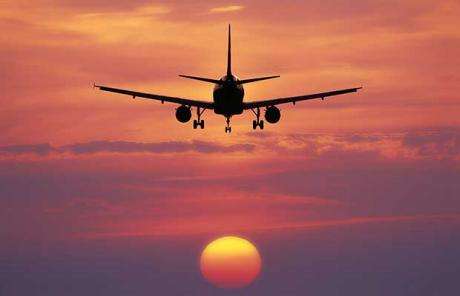 Ben Schlappig is living the dream flying around the world to wherever he wants and staying for at the best hotels all for free.

Ben is a hobbyist, a group of switched on technology geeks who have broken the codes and systems airlines rely on to operate their frequent flyer incentives.

He reckons to spend around six hours a day in the air and is continually on the move between countries, pausing only for five-star stop-overs in cities he fancies for a short break.

Schlappig has broken cover to reveal some of the secrets of the hobbyists.

The trick, he explains, is to make an air mile profit on flights by spotting pricing errors, deals and other incentives as they crop up.

Once you start banking more free miles than you fly, the world opens up as a world of free opportunities.

The principle is for every Pound spent the airline donates a free mile, but incentives, credit card rewards and mistakes in pricing can bump up the number of points if you know which frequent flyer programs to look for.

Other tips for gaining upgraded travel from ‘bumping’.

Airlines give out free miles and vouchers if a flight is overbooked and a passenger agrees to take a later flight.

Hobbyists have developed software that predicts which flights are likely overbooked so members can swoop in to pick up the benefits from being bumped.

Schlappig was thrown off the United Airlines frequent flyer program for discussing this technique in an interview with Rolling Stone magazine. He admitted he had amassed 10,000 free flight vouchers this way with the airline.

Schlappig, 25, from the United States, has no home but has all his belongings neatly packed in a couple of small suitcases.

He spends his live jetting around the world and only touches ground to change flights.

Schlappig runs the blog One Mile At A Time about his lifestyle and travels and disclosed the hobbyists own web site is FlyerTalk, where frequent flyers openly discuss tips and tricks for gaining free flights.

“Not having a home doesn’t worry me,” he said. “The world’s a big place and there are still plenty of places to see even though I have been doing this for nearly 10 years.”

When only aged 16, he chalked up 500,000 air miles and was the first hobbyist to cross the Pacific Ocean six times in one trip – from Chicago to Osaka, Japan on to San Francisco then Seoul, South Korea, and then round the same trip for a second time.