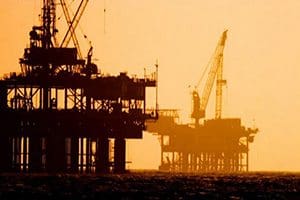 The ruler of Kuwait has today warned that the declining price of oil is affecting his country and its economy.

Sheikh Sabah al-Ahmed has told his politicians to start thinking about diversifying the country’s portfolio of investments as Kuwait’s dependence on oil – which is likely to run dry in under 50 years for the Gulf state – threatens to impact on the standard of living for Kuwaitis.

The oil price has gone down by over a quarter since June, and this has had a huge impact on many Gulf members who put all of their eggs in the oil basket.

The UAE and Qatar are perhaps two oil-rich states which have led the way I terms of trying to secure a future beyond oil reserves. Both have used the oil money to build infrastructure which attracts business from over the world.

Up until now, Kuwait hasn’t really invested heavily enough in other areas which would secure the future of the country. The state is home to just 1.25 million natives, while 2.8 million expats work there.

Public spending has increased in the last seven years to three times what it used to be, and with the oil market in its current state, al-Ahmad has demanded that his government “safeguard our oil and fiscal wealth”.