Do it for the Kids 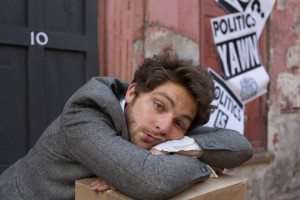 Britain’s young generation have a massive interest in politics and current affairs, but think the current system to be “old-fashioned and outdated” according to a recent YouGov poll.

The study also showed that three quarters of those between the ages of 16 and 18 feel that the entire political system should be re-designed to make it more relevant and better reflect modern day society. Nobody with an interest in politics would seriously be able to deny that most politicians in the House of Commons are completely out of touch with modern British life.

It is for this reason that there has historically been huge apathy towards the idea of voting, but if the system listens to the new generation, who have a surprisingly big interest in politics and current affairs (compared to generations that went before), we could see a more engaging and interesting political scene in the UK.

The YouGov poll says that 82% of those surveyed say they have a personal interest about who is in charge of the country, while just four per cent couldn’t even begin to care.

Many showed a real interest in the NHS, equal opportunities, and tuition fees, and 80% also supported the idea of the introduction of interactive voting capabilities online or on smart devices. If this happens, which it really should, it is predicted that the future turnout could be more than 85%. The last General Election in 2010 saw 65% make it to the polls, and in May 2015, the likelihood is that this figure could be nearer 70% of those registered.

Despite the enthusiasm for adopting modern-day technology when it comes to being able to cast a vote, 83% said that politicians shouldn’t bank on use of Twitter or Facebook to communicate with voters as being an indication of how ‘in touch’ they are. 87% said that traditional face-to-face campaigning and visits to communities and schools remains the integral aspect to any kind of political campaign.

Many politicians are feeling positive about the increase in percentage turnout predicted for this election. Some point to the diverse range of alternatives represented by some of the smaller parties who are now considered a real threat to the “big three’.

It is true that UKIP and the Green Party – as well as the SNP – have found support across the UK, and it is the introduction and coverage of some of these parties which has perhaps re-ignited the interest in those who are registered to vote, although the number of registered voters on the electoral roll dropped by 920,000 for this election, many of these are young people and students, so there is clearly more to be done.

Personality, it would seem, goes a long way when it comes to engaging the young people of Britain….