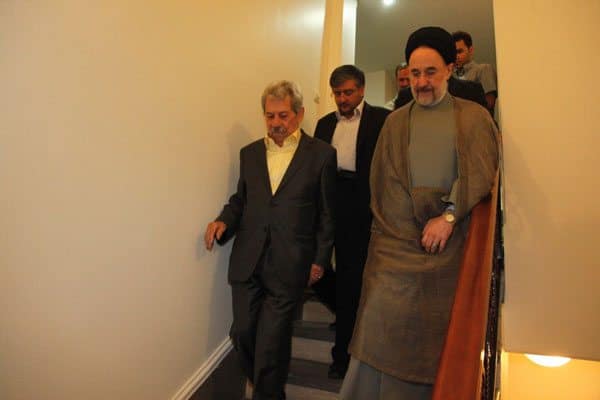 Mohammad Khatami, the former president of Islamic Republic of Iran, says he will put Supreme Leader’s guidelines into action, if he decides to run for the next presidential election. During the recent months, a large number of political analysts and prisoners have asked him to announce his candidacy for 2013 presidential election. In an statement, Khatami declared his stances.

“Today, we are in critical conditions. I’m still considering my appearance in coming presidential election, but it depends on various factors. In fact, many organizations and governmental companies do not like me running for this post. In this case, they will do all they could to manipulate the results of election, and this is not good for the future of Islamic Republic.” Mohammad Khatami noted.

Khatami has served as the president of Iran from 1997 to 2005. During his tenure, he had some issues with Ayatollah Ali Khamenei. However, opposition parties believe that Khatami is the trustee of Ayatollah Khamenei, and he might be able to take part in 2013 presidential election.

Currently Khatami leads the major reformist party of the country. Following the incidents happened during 2009 election, Ayatollah Ali Khamenei boycotted reformists. At this moment, analysts and experts believe these groups don’t have any chance to cast ballots since they have lost their popularities between Iranians.

A few months before presidential election which is going to be held in June, 2013, several reformist groups of Iran invited Khatami to attend in competition. The reformists also sent a letter to the Iran Supreme Leader Ayatollah Ali Khamenei in December 2012, regarding the participation of Khatami at the upcoming presidential election.