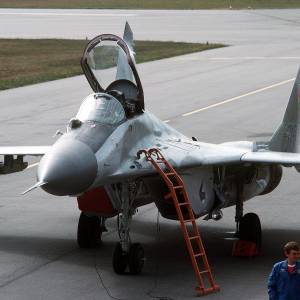 Islamic State militants have overrun a strategic Syrian town held by government forces despite of strikes by Russian jet fighters.

IS has stepped up the fighting as pressure mounts from Russian and US backed forces to move against them.

The group has taken the town of Maheem in a government regional stronghold. The front line is now less than 15 miles from cutting the major highway between the capital Damascus and major northern cities, such as Homs and Aleppo.

The new fighting has dashed hopes of a diplomatic settlement between the warring sides in the conflict.

The move has also cast doubts on the effectiveness of air strikes against IS command centres, lines of communication and troops on the ground as the militants now control a huge swathe of Syria and neighbouring Iraq.

All the major NATO nations, a Gulf State contingent from Saudi Arabia and the United Arab Emirates, and the Russians are now concentrating firepower on the jihadists, but despite their air and missile strikes, they seem not have dented the advance of IS.

Turkey has also launched air strikes from the north, claiming to have killed 50 IS troops in recent days.

Besides attacks from the air, US President Barak Obama has pledged to put a small number of American special forces troops on the ground as advisers in war-torn northern Syria.

The risk for both the US and the Russians is what happens if a Russian air strike fires on US troops.

The region is already divided into separate areas controlled by warlords who seem not minded to give up control without a fight.

Syria looks to be heading into a disparate state without a government just like Libya after Allied intervention led by the UK and France supported the opposition in overthrowing despot President Gadhafi.

The action left a power vacuum that is still a tinderbox of resentment and terrorism in a country where the official government has fled overseas leaving lawless towns and cities.

The Syrian government is also running a propaganda war aimed at splitting the Arab states backing US intervention.

“Rebels from Saudi Arabia and Turkey have joined the terrorist opposition to the government. This is going be a long hard fought battle that we are determined to win,” said a spokesman for Syrian President Assad.