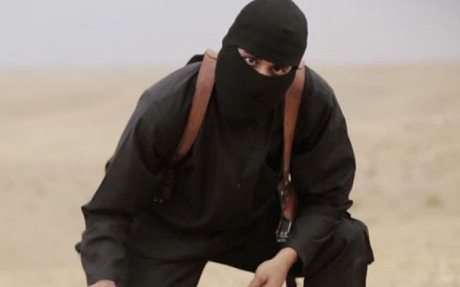 “Jihadi John”, the British-sounding Islamic State front man and spokesperson, with a particular fondness for performing brutal beheadings on innocent people for the cameras, has been identified as someone from London called Mohammed Emwazi. He is known to British security forces, but they elected not to release his name earlier for fear of compromising ongoing operations.

Named but probably not shamed

As the name was released, journalists around the UK began scrabbling around trying to find relatives, ex-employees and the life history of the masked man, and no doubt in the days to come various stories about him seeming like a “real normal genuine guy” will flood the British press.

Emzawi is said to be an associate of a well-known former UK control order suspect, and he has links to the Somalian militant group al-Shabab.

Just last August, Emzawi appeared in his first beheading video, and perhaps after developing a taste for it, the plucky Brit has since popped up at some point in most of the others.

His organisation announced their ambitious plan to create a global caliphate last year, and they have begun by attempting to hound and displace the poorest people in Syria and Iraq, and in particular the Westerners who go there to bring aid.

It’s not endeared the slightly odd movement into the hearts of too many around the world, but there are still a great number of sympathisers, predominantly young, disaffected Muslims who hope to be a part of the IS as they sweep majestically taking country after country in their quest for global domination.

Although the viability for success in their overall plan would appear to sit firmly at zero, they are a determined bunch and are constantly recruiting new jihadists.

This is making the movement quite tough to shut down, and the lack of interest of organised and effective military forces to become embroiled in yet another tiring, expensive ground war in the Middle East means that, aside from the constant threat of air strikes, the Islamic State pretty much have free run across the two countries they are knocking around in right now.