Iran’s Naval to Hold Military Drill in Strait of Hormuz 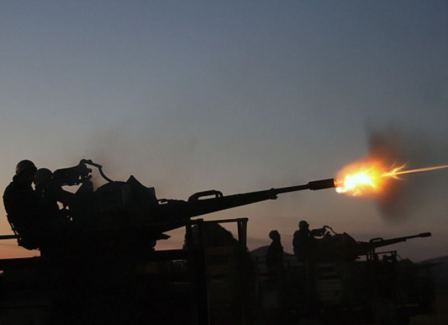 Iranian defense minister has said that the country’s armed forces will stage naval war games in the Strait of Hormuz in order to maintain the security of the region.

“Since the Islamic Republic of Iran is the most important provider of security in the region, the aim of the war games to be held by Iranian armed forces in the Strait of Hormuz is to increase military preparedness and maintain the security of the region,” Brigadier General Ahmad Vahidi told reporters after the cabinet meeting on Wednesday. In addition, Vahidi said that the maneuvers will be carried out to test new military systems and practice new military tactics.

Rear Admiral Ali Fadav, the commander of the Islamic Revolution Guards Corps, announced on Monday that naval forces of the IRGC plan to hold war games in the Strait of Hormuz by the end of the current Iranian calendar year, which ends on March 21, 2013.

IRGC forces practiced their ability to block the Strait of Hormuz, the world’s most important oil shipping waterway, during a naval exercise which was conducted in January in the Persian Gulf.

Iranian military officials have said that the country’s armed forces may consider blocking the strategic waterway if Iran is faced with any military threats.

Elsewhere in his remarks, Vahidi announced that the project to manufacture new domestically designed submarines to be delivered to the IRGC is well underway.

He added that the country’s defense doctrine has been formulated based on an asymmetrical warfare strategy, so Iran designs and manufactures pieces of military hardware which can be used in “asymmetrical battles”. He also announced that the country’s new achievements in space technology will be unveiled on February 2, 2013, which is National Space Industry Day.

Mahmoud Ahmadinejad: Government is Committed to its Subsidy Reform Plan