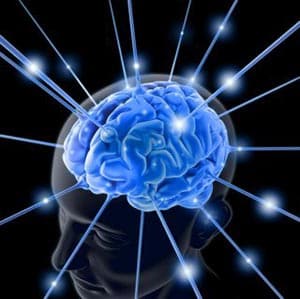 The day has finally come when the advancement of technology will shock us all.

At the University of Washington this past week, the first human to human brain interface has been successfully created.

In laymen terms this means that one human can control the actions of another.

However, it is not as frightening as one would expect, the experiment was conducted under ideal conditions in a laboratory, but what does this mean for the future of technology?

Rajesh Rao and his laboratory partner Andrea Stocco preformed an experiment using ECG technology (electroencephalography) to link their brains. ECG’s practical use involves measuring the an individuals brain activity. The connection was preformed using the Internet to join their brain waves to one another.

Once the connection was made, Rao began to play a video game that was based on heavy weaponry. Rao imagined shooting missiles at the target picturing that he moved his right hand and subsequently Stocco’s right hand moved across the keyboard to begin launching the missiles. Using only his thoughts, Rao successfully controlled the body movements of another individual.

Stocco described what he experienced as an involuntary twitch that he could not control as his hand moved across the keyboard to press Rao’s chosen key.

A previous attempt that involved humans and rats has been successful using slightly different technology.

In these experiments, the rats tail movement was controlled by a human subject.

All the attempts used technology called Transcranial Magnetic Stimulation and no harm was caused to any of the subjects.

All though this may just be the beginning, this technology may have very important uses in the future.

For example, it could be used to perform surgeries when needed. If a doctor is unavailable, he can simply connect to another doctor’s brain, and perform the surgery by thinking about it.

This remarkable new technology can help many, but there is also a fear that it may harm many.

Is it possible that our brain can be controlled by another individual without our consent?

Rao and Stocco calm those fears by explaining there is no way to connect to another person’s brain without their willing participation. In addition, the wires were directly linked to the area of the brain that controls hand movement and it was only in this way that the experiment could be preformed.

The process involves connecting the two individuals to advanced machinery and connected to very specific regions of the brain.

For now, it would seem that we are safe and have no need to be concerned about negative uses of this mind-control technique.