HTC One Mini Banned From the UK 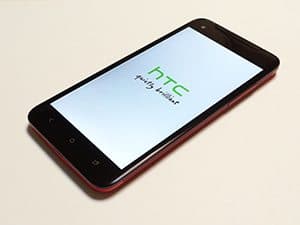 Bad news have breached the doors of Taiwanese phone-makers HTC after a high court ruled that one of the company’s devices will no longer be sold in Britain.

A justice of the England and Wales High Court has banned the HTC One Mini Smartphone and it will no longer be available for sale after the 6th of December. The company has infringed patents that are claimed by rival technology company, Nokia.

The infringement in question concerns a microchip that is held by Nokia in accordance with a European Patent used to protect the hardware from competing companies. This same hardware is used in the HTC One Mini.

Luckily, analysts speculate that this will not have an immensely detrimental effect on the company’s sales as the smartphone in question is not a flagship device. In addition, the region is not a major contributor to HTC’s revenue stream as all the sales made in Europe amount to only 20% of overall sales.

Although it is not a large market for the Taiwanese company, HTC will still appeal the ruling. A statement was released indicating the next steps, “We have filed urgent application to appeal. In the meantime, we are working with our chip suppliers to explore alternative solutions.”

In addition, the judge has allowed HTC’s flagship model to remain unaffected by this case and sales of the smartphone will continue throughout the region.

The reason for doing so, according to the judge, is that if sales for the flagship model are discontinued reasonable harm will come to HTC’s business in Britain and the UK.

Finnish smartphone manufacturers, Nokia, have released a statement describing their half of the story in addition to future action.

The statement said, “Pending the appeal, HTC has undertaken not to ship any more of the infringing products into the UK, except the HTC One, which it may continue to sell until the conclusion of any appeal.”

They added, “If HTC does not succeed on appeal, the injunction will take effect on all infringing products. Nokia is also claiming financial compensation for the infringement of this patent.”

It is apparent that this ongoing battle is yet to be fully resolved and it will be interesting to see what the final results will be.

Taking Your Pension Offshore With A QROPS