How Business And Charities Try To Exploit Ramadan 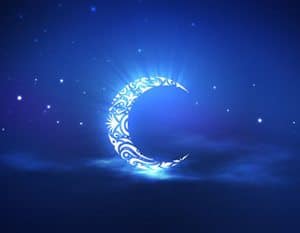 Observing the holy month of Ramadan is a custom dating back hundreds of years for Muslims, but technology and commercialism is starting to infiltrate this traditional time of prayer and charity.

Increasingly, charities and businesses are looking to exploit Ramadan to raise their profile, solicit donations and increase sales.

They concentrate on the fact that Ramadan is more than religious fasting; it’s also a time when people are encouraged to think about giving.

For instance, shopping malls across the Gulf States have set up clothing collection points

The idea is to help charity – but shopping mall bosses also admit that luring people into their malls also increases footfall for the shops, and this encourages shoppers to spend their money.

“In Ramadan, the mood of people is to donate and we are creating the mood for them in our malls,” said one mall manager.

Charities are also turning to technology to help gather funds this Ramadan.

Charity is an important facet of Islam, and even outside of Ramadan, Muslims are obliged to give a proportion of their income to the poor.

The United Nations World Food Program is looking to online donations to fund the program.

Looking for charitable aid in Ramadan also picks up on social media networks during Ramadan.

Facebook and Twitter reckon they have almost 30% more traffic in the period than at other times of the year.

This is also affecting how companies market their goods.

For instance, Nescafe Arabia doubled their Facebook fan base during Ramadan

Even Google is marketing through Ramadan. The search engine has set up a special hub without advertising that includes social networking through Google+, maps and news about events.

“The idea is to put Google services in front of people during Ramadan, and hopefully they will find the services useful and go on to use them for other purposes when Ramadan is over,” said a Google spokesman.

However, the signs are businesses need to be careful about how they approach Ramadan.

A recent survey suggested two-thirds of Muslims felt the religious period was becoming too commercialised.

The tradition calls for Muslims to fast between dawn and sunset.

Bolt V Farah – The Race Of The Century