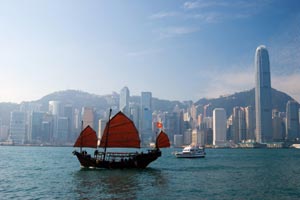 Retirement savers are on alert about a new Hong Kong QROPS that offers a 0% tax rate on payments.

The provider, Global Fiduciary Services, maintains that the 0% income tax rate is available to residents as well as offshore investors.

However, a similar tax rate offered on Gibraltar QROPS led to providers suspending transfers for several years while locked in negotiations with HMRC over whether 0% was a tax rate.

Eventually, after a number of false dawns when the tax disagreement seem to have been resolved, a new Gibraltar government upped the income tax paid on QROPS benefits to 2.5% and regained approval from HM revenue and Customs.

The issue for investors was they could have faced tax penalties of 55% or more on their pension relieves transfers if HMRC subsequently excluded the schemes for breaching QROPS rules.

The Hong Kong QROPS is on the HMRC self-certified list.

The QROPS complies with the Hong Kong Occupation Retirement Scheme Ordinance and is available to residents and non-residents alike.

GFS is offering two options – a QROPS lite for funds below £150,000 and a full QROPS for larger funds.

GFS CEO Simon Harrall played down the 0% income tax rate by explaining Gibraltar’s problem did not apply because the Hong Kong pension is open to residents and non-residents on the same terms.

Hong Kong is a long-established QROPS jurisdiction with 26 schemes listed on the last HMRC QROPS list published on July 15, 2013. This gives the financial centre a 0.85% share of the market.

Other QROPS have opened in Malta and Gibraltar this month.

Meanwhile, QROPS providers and advisers are speculating over HMRC’s policy response to losing the Singapore ROSIIP QROPS case in the High Court.

The case was brought by 120 investors ordered to pay between 55% and 75% of their pension transfers into the scheme, which was deemed to break QROPS rules.

The hearing did not dispute the status of the scheme but the way HMRC handled advising investors.

HMRC must make a public statement on QROPS to the court by July 17 at the order of the judge in the case.

Some are suggesting that HMRC will limit advice on QROPS transfers to advisers regulated by the Financial Conduct Authority to avoid problems with non-regulated advisers based overseas.

Others go as far as expecting a temporary ban on pension transfers out of the UK while HMRC reviews QROPS rules.

How Many Millions Were At History’s Biggest Uprising?