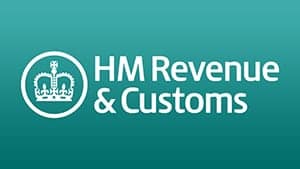 HMRC has removed all HDFC Life QROPS from the list of approved schemes as of October 17th. This comes as a major blow to the Indian QROPS market, as HDFC was the largest provider left after 15 schemes were previously delisted in July 2014.

HDFC has lost all five schemes due to non-compliance, and this leaves just seven listed QROPS in a jurisdiction which has seen huge growth over the last two years.

Unfortunately, HDFC has fallen foul of an in-depth investigation by HMRC, and although no official explanation is given when a scheme is struck off, it is thought that the ‘immediate annuity’ plan they offered is the probable reason for their entire stable losing its status. This part of the plan allowed the investor to access their funds as early as age 40, and was also included by providers of the 15 schemes removed in the summer. It is also alleged that many providers included a stipulation in the small print which relieved them of any liability in the case of de-listing, a move which would not have been welcomed by the regulators.

This transgression put India on the radar of HMRC, and it is remarkable that HDFC failed to amend their respective schemes in light of the previous de-listings.

The schemes that have been removed are:

There are still two QROPS listed of the seven which are also immediate annuity plans, and there is little doubt they will suffer the same fate as the 20 schemes already removed this year so far.

The latest de-listings must come as no surprise. The QROPS industry is now huge and continues to grow, and the rules and regulations are clear for the providers. HMRC publishes a QROPS List each month, and there are over 3,500 recognised schemes available. It would appear that Indian schemes are soon to vanish from the list permanently.

HDFC was a popular choice with former NHS staff, and many transfers have recently been initiated between the NHS and HDFC. These transfers will not be completed due to the de-listing, and for NHS staff keen to get their money out of the UK before the door is permanently closed, another QROPS must now be selected.

If you are a member of any of the schemes mentioned here, you are urged to get in contact with us. We will be able to put you in touch with a professional adviser based in your region who will be able to advise on your best course of action.

QROPS to Become a Thing of the Past for Police Pensions