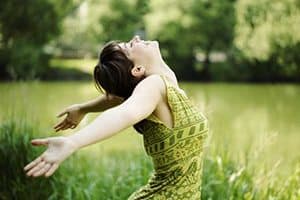 If you want to know if you are in a happy place, then look up the latest list of the world’s best and most miserable places to live.

The World Happiness Report, published by the Earth Institute at America’s Columbia University rates Denmark as the world’s happiest place – and Togo, Africa, as the unhappiest of data compiled for 156 countries.

Surprisingly war-torn Afghanistan and Syria rank low, but above seven African nations and the Indian Ocean islands of Comoros.

To work out the happiness factor for each country, researchers looked at several factors, like well-being, wealth and security.

The authors point out that the first hurdle in gauging happiness is considering whether it’s an emotion or a state of well-being.

The question are you happy can be answered both ways and presents a philosophical dilemma for the report.

Nevertheless, the authors decided on a formula to measure happiness and then compiled the data from each country to arrive at the happiness quotient.

From the table, it’s easy to see a happiness gap across the world.

The top 10 countries are predominantly European – and from Northern Europe as well.

“Someone who is poor can be emotionally happy at times but less happy about their life as a whole,” said the report. “Extreme poverty seems to lead to a less happy life. Such feelings should encourage us all to work harder to eliminate poverty.”

“Overall, happiness has increased in Latin America, the Caribbean and sub-Sahara Africa. The research has seen a fall in happiness in the countries most affected by the eurozone crisis, the Middle East and North Africa and the western industrial world in general.”