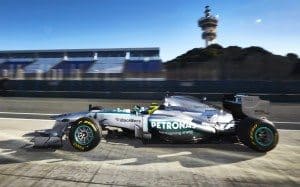 Lewis Hamilton showed no remorse as he remarked after the Hungarian GP about his surprise that his Mercedes team ordered him to slow down to let team mate and championship rival Nico Rosberg pass him despite both challenging for the win.

Hamilton was ahead and was all set to run to the end of the race on his medium tyres, when the call came through to give up track position to his rival. The bizarre order was based on the basis that Rosberg still had to pit and Hamilton would retake the position in a few laps time.

It did of course transpire that Hamilton was only just able to hold off Rosberg and take third place on the final lap, meaning that had he slowed his car to allow his rival past, Rosberg would most certainly have finished above him and increased his championship lead over the Briton.

Hamilton, who started the race from the pit lane after a disastrous qualifying, span terribly on the first lap, but was able to come back thanks to safety cars and early rain.

The enthralling race was won by the Red Bull of Daniel Ricciardo, with Fernando Alonso taking second, however the real focus will be on the storm brewing in the Mercedes garage between the two drivers and their respective garages.

Hamilton is undoubtedly the more accomplished driver of the two and has been the subject some extremely unfortunate scenarios this season which has given Rosberg an 11 point lead in the championship at the summer break, but Hamilton has driven superbly this season and has performed some of the most breathtaking overtaking maneuvers seen in a sport which has in the last five years been all too predictable.

This season certainly has provided some eventful races, the Bulgarian GP being a classic example, and as the season breaks it will be interesting to see if Hamilton can bring his momentum into the next race despite his team apparently putting obstacles in his way in favour of Rosberg.

QROPS and the USA