Google and Microsoft Agree for a Good Cause 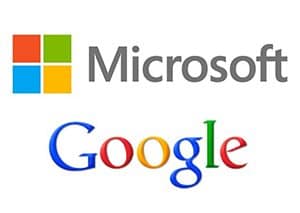 Rival tech-giants Google and Microsoft have officially agreed to take necessary measure to make it difficult to search for child pornography.

Over 100,000 search terms have been programmed into a new algorithm and if used, no results will come up. This is part of an ongoing process which will eventually see a broader number of terms omitted in over 150 languages.

Together Google and Microsoft-owned search engine, Bing, are used for 95% of all searches on the internet. The initiative taken by both of these companies will ensure that it will become more and more difficult to gain access to such material.

Eric Schmidt, executive chairman of Google, said, “These changes have cleaned up the results for over 100,000 queries that might be related to the sexual abuse of kids. As important, we will soon roll out these changes in more than 150 languages, so the impact will be truly global.”

He continues explaining additional work the Google team have done, “We’re now showing warnings – from both Google and charities – at the top of our search results for more than 13,000 queries. These alerts make clear that child sexual abuse is illegal and offer advice on where to get help.”

Both companies have developed software that can essentially tag illegal pictures and trace them whenever and wherever they are shared. This software cannot automatically detect if in an image is considered truly sexually abusive, or if it is an innocent picture of a little child posted by family. This means that a person at the companies must manually go through all these pictures and label the ones that are illegal material.

Schmidt continues explaining the process, “each image is given a unique digital fingerprint. This enables our computers to identify those pictures whenever they appear on our systems. And Microsoft deserves a lot of credit for developing and sharing its picture detection technology. But paedophiles are increasingly filming their crimes. So our engineers at YouTube have created a new technology to identify these videos. We’re already testing it at Google, and in the new year we hope to make it available to other internet companies and child safety organisations.”

However, as promising this new initiative may seem, many critics argue that it will not affect access to child pornography at all. The United Kingdom’s Child Exploitation and Online Protection Centre (Ceop) have noted that majority of illegal material such as child abuse photography or video can only be found in the deep web by using anonymous browsing software such as The Onion Router (TOR). These secure methods of browsing make it difficult, if not impossible, to locate and follow these images to prevent further circulation.

With any luck, Google and Microsoft will be able to raise enough awareness on this problematic issue that other companies who can offer any help will follow suit.

How the QROPS industry has changed since the 2012 clampdown

QROPS: Why you need professional advice