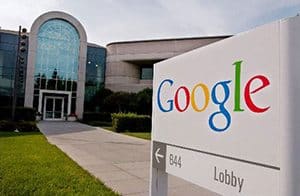 Google has teamed up with a selection of other companies to lay a cable across the Pacific Ocean (or under it) to give faster internet speeds to the Asian market. Imaginatively named ‘faster’, the cable-laying project aims to be completed by 2016 at a cost of $300 million.

The fibre cable will deliver astonishing speeds of up to 60 terabytes per second, which is fast enough to download 100,000 songs per second. Also involved with the project are China Mobile, KDDI, SingTel, China Telecom and Global Transit.

The route represents one of the longest lengths of cabling in the world and will assume a significant role in supporting the infrastructure which runs the global communication network.

Running from the west coast of America – namely LA, San Francisco, Seattle and Portland – to Shima and Chikura in Japan, the cable will be laid by specialist ships designed specifically for projects such as this.

Laying cable on the ocean floor is known as submarine cabling and it provides an integral communication avenue between Europe, America, Asia and Africa.

In 2008, communications between Europe and the Middle East were severely disrupted for days after a submarine cable became ruptured near Egypt, and Japanese communications were impeded following the 2011 earthquake and subsequent tsunami.

Google offers high speed internet to a handful of US cities already, with speeds of 1Gbps, but once installed, Asian customers will have connectivity that far out does anything available in the majority of the US and certainly in Europe. In the UK currently, the highest available speed is just 15% of what is already being rolled out across America and is due to land in Asia by 2016.