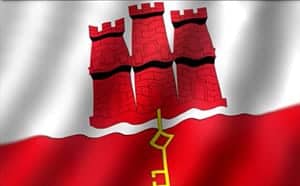 Law makers have revised pension rules in the financial centre to allow pension savers to drawdown more than 30% of their funds.

The measure will take force when the local tax authority publishes an amendment to the income tax act governing pension commutations, which is expected to happen before April 2015, when the new rules take effect in the UK.

The new rules in Gibraltar will allow the tax authority to amend local laws to keep in step with those governing QROPS in the UK.

Changes on the way

Pensions regulator Gibraltar Finance explained the legal change was made to allow financial firms in the British Overseas Territory to speedily adopt changes in UK rules.

“Although we are ready with this, the government is waiting for consultation to end and confirmation of the new rules for QROPS before making any changes,” said a spokesman.

“We are discussing this with HM Revenue & Customs (HMRC) in the UK to make sure our interpretation of the rules is in line with their views.

“At the end of the process, we will make the necessary announcements.”

Gibraltar’s regulators will also have to amend rules relating to QROPS funds having to support pension payments for life to savers. However, this is also a minor legislative change which should not present any problems or delay to flexible access.

The British flexible access rules for pensions start from April 2015 and let pension savers on the mainland drawdown all or some of their fund as they wish.

The first 25% of the drawdown is tax-free with income tax applied to the balance.

Industry experts are also warning that QROPS advisers will have to adjust their financial planning from April.

Choosing a QROPS jurisdiction is often a tax issue for pension savers, who have to align tax rules in the UK, the financial centre where their QROPS is based and those in the country where they are tax resident.

From April, pension savers will also have to consider whether a financial centre allows flexible drawdown and, if they already have a QROPS, whether a transfer to a flexible access jurisdiction is allowed.

This extra tax and financial planning could see places like Gibraltar and Malta rise higher as jurisdictions of choice, while others that do not adopt flexible access could lose ground in the market.