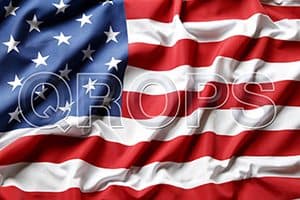 Finding a Qualifying Recognised Overseas Pension Scheme (QROPS) has now become of critical importance to thousands of British expatriates in the USA and across the globe. Now more than ever, the outlook for the UK pension market is particularly dim, and with public sector defined benefit schemes set to be locked in to the turmoil for good, QROPS providers are reporting huge uplifts in queries.

Transferring a UK-based pension into one held overseas holds many benefits, however it was not always thought possible if the pension holder was resident in the States. Admittedly, a QROPS which complies with US regulations is most certainly not as straightforward as most jurisdictions, but it is also far from impossible, and most certainly beneficial.

The problem is that the IRS sees the UK tax and benefit structure as something of an over-simplistic and extremely generous system. They declared UK pension transfers into the US (401k) as a no-go, writing it off as incompatible. This meant that QROPS for US residents with a UK pension were effectively taped off.

Even though you have saved into a pension for years in the UK, and you r pension is based there, if you reside in the US you could be liable for Federal Income Tax on any investment growth and contributions. There were formerly many grey areas surrounding just how much of a retiree’s British earned income would be swallowed up by the IRS. These areas of concern were alleviated by a group of providers who built a solid QROPS from the floorboards up which met every single compliance issue head on.

Due to certain jurisdictions having a Double Taxation Agreement in place with the US, these destinations are seen as ideal for a QROPS that serves residents of America. Malta is the most popular destination as it has a solid economical and political background, is well regulated and is a member of the EU.

A Malta QROPS for US citizens offers the following benefits:

Ability to offset foreign tax credits against any income from the plan subject to tax.

Up to 30% of entire fund available as tax-free lump sum.

Additional lump sums can be made available and will not be subject to tax.

QROPS such as those found in Malta, have enabled UK expats to start to take control of their finances and their retirement. A US compliant QROPS is available to those that fall within the following categories:

UK national planning to move to the US

A US national living abroad

It is certainly a move worth considering right now as the UK pension market is undeniably far too uncertain to gamble one’s future on. To find out whether QROPS would be the right move, it is advised that proper consultation is sought with an experienced financial advisor who has sound knowledge of the US financial structure.

QROPS: Decisions to be Made for Expats