Get Shorty Writer Elmore Leonard Dies Of A Stroke 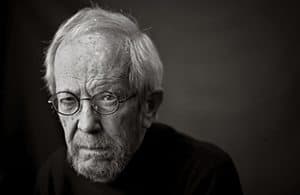 Famous for his Western and detective books with twisting plots and a dash of humour, Leonard was admitted to hospital with heart problems more than a week ago.

He was released from care to die at home surrounded by his family and loved ones.

Leonard had written 45 novels – many ending up as major Hollywood movies.

Despite his success, he often bemoaned that the movies of his work did not live up to his expectations

Leonard was born in New Orleans in 1925.

His first efforts as a writer were Westerns. Leonard developed a curt, direct writing voice that relied more on action than dialogue. That was probably the reason why so many of his books were translated into movies.

Some of the more well-known movies include:

TV viewers will recognise Leonard’s influence in the TV series Justified, as he penned the character US Marshall Raylan Givens, who the programme has brought to life.

Unfortunately, Leonard has dies just as his 1978 work The Switch is in production in Hollywood for release later this year as Life of Crime.

Talking about his work, Leonard expressed the adaptation of his novel The Big Bounce were the most disappointing films of his writing.

“I wanted to see my books made into good movies, but for some reason they’d just be lame,” he said. “At first that sort of thing frustrated me, but I’ve since learnt to live with it.”

Aspiring writers are often pointed to Leonard’s 10 rules of writing.

Leonard was recognised with many awards for his achievements and leaves five children from three marriages. He divorced his third wife last year.