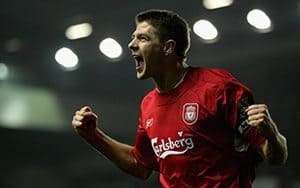 As Liverpool crashed out of the FA Cup to 15th placed Aston Villa yesterday, it perhaps came as no surprise to most. Liverpool’s big game mentality has dilapidated in sync with the ability of their talismanic captain, Steven Gerrard. Where once, the Liverpool born-and-bred star would single-handedly drive them on, he now warms the bench, gets sent off after 37 seconds in their season-defining game, or is injured.

All the while in the back of his mind you would suspect he is dreaming of next season’s cruise in LA, as he takes his foot of the gas in preparation for retirement. The big surprise is that Gerrard, 34, lasted so long at a club which were never going to be likely to regain any kind of control of English football.

Indeed, it is well-documented that Gerrard had all but signed for Chelsea back in 2005 as he gave the following statement: “This has been the hardest decision I have ever had to make. I fully intended to sign a new contract after the Champions League final, but the events of the past five to six weeks have changed all that. I have too much respect for the club and people at it to get involved in a slagging match.”

Liverpool’s then-chief executive, Rick Parry, added: “We have done our best, but he has made it clear he wants to go.” The writing was on the wall, Gerrard was off to work with Jose at Chelsea, winning Premier League titles and more silverware than he could ever have imagined, but a cult group of Liverpool supporters weren’t going to allow this. Football is their life! Not his. How dare Gerrard look to advance his career? No chance! So with a couple of well-placed death threats to family, bullets in envelopes and generally slightly over-the-top behaviour for a man who can kick a bag of air into a net,   what seemed like the most nailed on decision ever made was very quickly U-turned. And who could blame him? There’s some things you don’t mess around with, and British football yobs with little else going on except their enthusiasm for watching other men in shorts run around on an afternoon, are one of those things. Gerrard opted to stay, take his money, enjoy playing and give up on the idea of becoming one of football’s greats.

In fact, unlike Beckham, Ronaldo, Messi, Lampard, Rooney, Pirlo and Ibrahimovic, to name a few of his peers, Gerrard is now mainly remembered by non-Liverpool fans for the catalogue of big-game errors he has made. His slip which handed the title to Man City last season, or his inability to pass back to his keeper without picking out one of the world’s most potent opposition strikers are just a few.

So as Gerrard’s career, and Liverpool’s season, comes to an end with a whimper at best, will Gerrard look back with regret at not getting out of Liverpool sooner? Or will he just be happy with what he’s done? Let us not forget that he did pull his side out of the fire probably more times than he dropped them in it (for Liverpool anyway, not England).